This year must have been a record for the amount of major tech launches taking place with the September-November period especially busy. Can we expect the same in 2019? We sure can! In fact, we reckon there will be even more.

And that’s thanks to the huge amount of new technologies being splurged into our devices (and homes) – 2019 will see the advent of 5G, potential all-new Intel laptop processors at the end of the year, 802.11ax Wi-Fi devices and loads of phone innovations such as camera holes being punched into screens to save space and ultrasonic fingerprint readers.

But tech is still dominated by a handful of giants and we thought we’d take a quick look at what we’re expecting from the big names in 2019.

Apple hasn’t had the best 2018, with bendy iPad Pros, ringgate, rumours of poor selling figures for the iPhone XS and XR and the weird absence of AirPower (just say you messed it up. Please). Thankfully, 2019 looks a whole lot brighter. We know we’ll get new AirPods early in the year and we also know that there will be a new Mac Pro at the very high end (though, presumably, Apple is a little dependent on Intel getting into gear there). There are also strong rumours of Apple-branded over-ear headphones, while it’s also time the Beats lineup got a refresh. 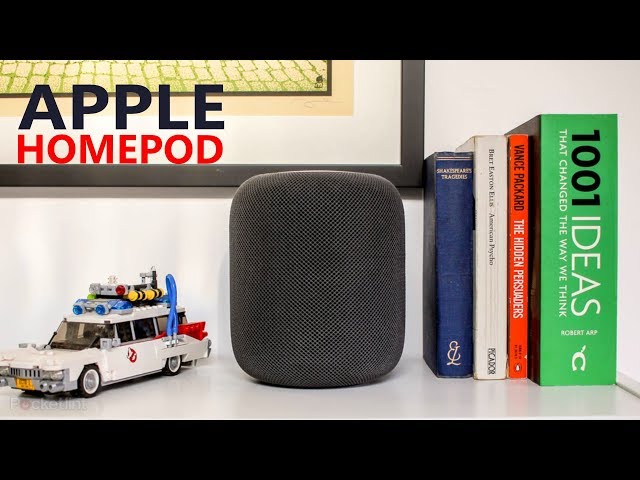 We also reckon that Apple will kill off the old Apple Pencil in 2019 (so inconsistent), make Siri even smarter (especially for HomePod) and plonk some new iMacs on our desks. TV is also going to be massive for Apple in 2019. We know it is investing in stacks of content and we should to get some new, more accessible Apple TV hardware, too, to compete with Google and Amazon. A note of caution; while high prices-per-product are key to Apple’s financial strength, the trend is at odds with the way the global smartphone market is going – essentially offering more for less. Apple will have to respond – is its 2019 solution to further discount iPhone XR or will we get a new mid-range iPhone at long last?

It’s fair to say it’s been a bumper year for Amazon. A plethora of new Alexa devices appeared including the new Echo Dot which has clearly been selling like hotcakes judging by how many times it has been out of stock on the website. It hasn’t been a great year in terms of corporate issues – taxes and worker conditions never seem far from the headlines while the UK chancellor has proposed a tax for online retailers that has been dubbed the “Amazon tax”. It’s not been all plain sailing for all the Alexa-enabled devices we saw announced in September; the clock hasn’t launched, the microwave is US only and Echo Auto is still invite-only and US-only. Of those, we’re thinking Echo Auto will go global in 2019 as Amazon aims Alexa at making our in-car entertainment a whole lot smarter. Alexa will also widen its presence in 2019 and will surely come to more household appliances as well as headphones. 2019 could also see Amazon launching other devices to push home its Fire TV advantage – could we see a Fire TV soundbar? Even an Amazon-branded 4K TV? Will the Fire TV Cube get more of a widespread release? We’re also expecting a new Ring doorbell to launch as soon as CES 2019 next week – yes, Amazon owns them, too. And yes, more Amazon Go bricks and mortar stores are on the way in 2019 as well.

The most significant thing Google talked about during 2018 wasn’t phones or even its Google Home Hub – it was Google Duplex, the tech that really can make a phone call for you. Google may be a little bit scary with the amount it knows about you, your life and the AI intelligence it can wield, but unlike Facebook, you can’t give Google up without significant inconvenience. The trouble is that Google is just so bloomin’ good at what it does. Google Assistant got serious in 2018 after a slow 2016-17 – the “continued conversation” feature, for example, works brilliantly. There will be some significant third-party device announcements at CES 2019 next week. Google’s Home Hub is much better at the visual stuff than Echo Show is, simply because Google has quite a bit of experience at presenting information in a simple way. Expect a bigger Home Hub in 2019, alongside a new standard Google Home which lags behind a little in sound quality. Lite versions of the Pixel 3 and Pixel 3 XL seem nailed on and again we will see these launch over the next couple of months as Google attempts to compete in mainstream phones thanks to its partnership with HTC. As per the last couple of years we’ll surely have a full Google Devices launch in early October with Pixel 4, but don’t be surprised if Google outs new Google Home hardware earlier than that. We’ll also stick our necks out and say that we reckon Google will do a new own-brand Chromebook in 2019.

Don’t believe what you hear; Microsoft is a reformed company these days. Just three years after shedding almost 8,000 jobs and writing off $7.6 billion USDafter the disastrous Nokia acquisition, Microsoft’s Q1 2019 results recorded a record quarter with $8 billion in profit. That’s because of several reasons, not least because Office 365 now has over 135 million users who pay monthly fees. But Microsoft’s Surface unit has also become a top 5 PC vendor in the US (it’s nowhere near that worldwide), while Xbox software and services income is also growing. 2019 should be an interesting year for the giant. The bad stuff it needs to fix? Cortana still doesn’t even work properly on Windows. The Windows Store for apps is still getting the cold shoulder from devs. In better news, Office 2019 is already out of the door and while we’re unlikely to get Windows 11 in 2019, we will get an April 2019 Windows 10 update with Windows Sets, new login options, and more.  Oh, and with more ARM-based hardware set to debut in 2019, also expect more focus on that in terms of Windows app support. In terms of other hardware, we’re not going to get Xbox Two for a while (dubbed Project Scarlett), but we may get an E3 2019 teaser. In Surface, expect a new Surface Laptop 3 and Surface Pro 7 both with USB-C. Likewise, there may also be a Surface Book 3. We wouldn’t expect the Surface Go to be refreshed yet. And, could there finally be a Surface Phone? Probably not, but it’s always nice to dream.

Samsung needs the Galaxy S10 to be a success. We’ll be seeing it in February, most likely at Mobile World Congress – hardly any bezel, dual-cameras punched into the top corner of the screen, triple/quad-cameras on the back, under-display ultrasonic fingerprint reader. We’re expecting at least one 5G variant (which we probably won’t get until later in the year) and more details on the expensive foldable Samsung Galaxy Flex (which will probably be 5G). Again there’s no reason to believe this will debut very early in 2019 and it will probably be in the US and the Far East to begin with. We’re also expecting the Bixby-powered Galaxy Home smart speaker (or could there be more than one?) to debut at CES 2019. What will happen to Bixby in 2019? Well according to a report from Variety, Google Assistant will be coming to Samsung’s TVs in 2019. Will that mean the end for Samsung’s devotion to Bixby? Probably not – Samsung is planning on opening up Bixby to third-parties in 2019. But surely Samsung can’t compete with Google here. We’re expecting Samsung to showcase its existing 8K TV at CES next week, but it will debut new 4K HDR QLED sets – it has already said there will be new versionsof its high-end design-orientated The Frame and The Serif TVs all featuring QLED screens and HDR10+ of course.

Last but not least, Sony gave us a rather good phone this year. We loved the Xperia XZ3 and we’re expecting the follow-up XZ4 to be with us at Mobile World Congress or soon thereafter. By all accounts Sony still isn’t selling that many phones and its 30 percent profit boost in 2017-18 came from games. Little wonder then that Sony will seek to capitalise on its strength by at least teasing the PlayStation 5 in 2019. We’d be amazed if it actually launched the console next year and we think 2020 is a much better bet. In TV, we are expecting some new Sony TVs to debut at CES 2019 next week, but they are unlikely to be flagship models given that we only got the AF9 in the mid-part of 2018. We might get an 8K set though after a prototype was shown off at CES last year. We will get the XA3 and L3 mid-range phones at CES though.